A full size (but incomplete) basketball court was painted on a parking lot. 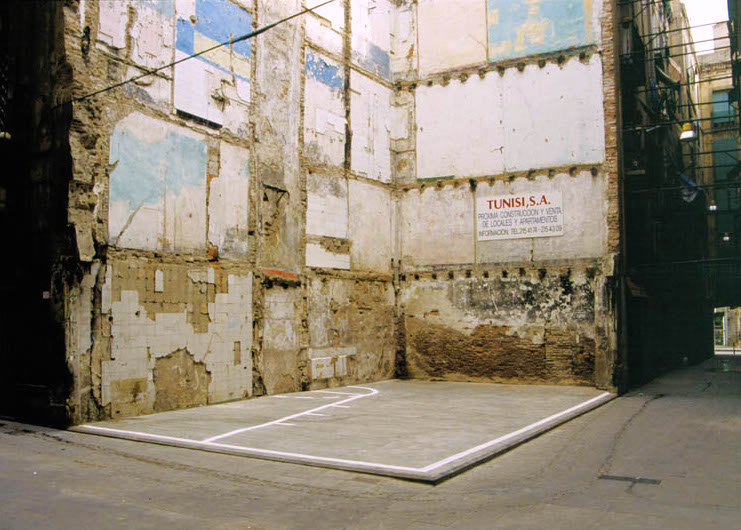 A section of a basketball court is painted to scale onto the foundation of a partly demolished building. 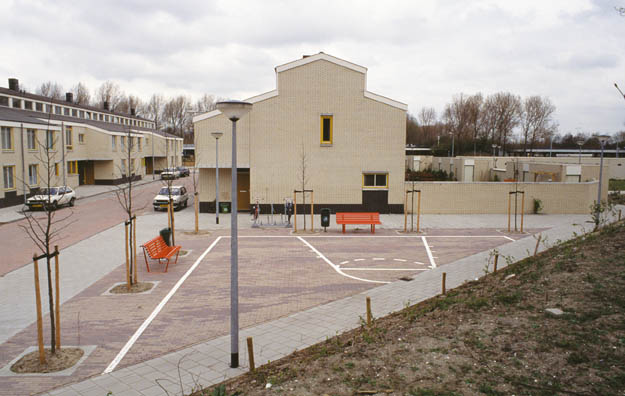 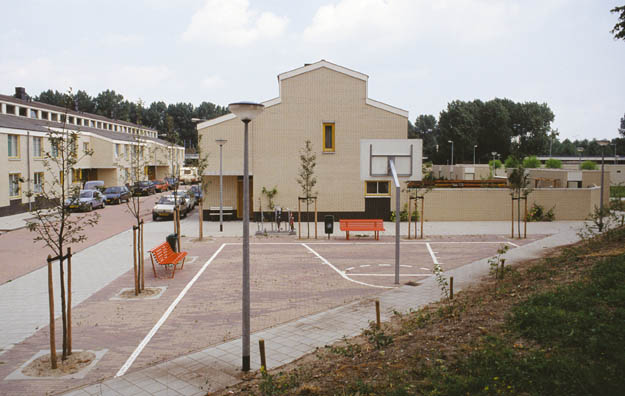 A small part of a basketball court was painted in a newly built housing development.
Some time later the city council placed a basketball hoop (but in the wrong place). A fire extinguisher affixed to a postbox. In case of emergencies.

A fire extinguisher affixed to an information board. The Hague – All of a sudden it was there. A beautiful red fire extinguisher, attached
to an information board at the corner of Reigersburgenweg and Bezuidenhoutseweg.
Useful in case of a fire. Although….the fire extinguisher is thoroughly chained to one
of the posts of the information board. In case of fire you really need a saw to cut
it loose. Not so convenient. Our inquiry about the how and why of this incomprehensible
device has not yet lead to any insight. A spokesman for the fire department said: ‘We
didn’t put it there’. The community centre Mariahoeve: ‘No, we don’t know anything about
it, ask the local council’. They couldn’t tell us anything either. Chairman Roel questions
the usefulness of the device. ‘If it‘s not attached well, it will be gone straight away,
and if it is attached too well, you can’t use it. I don’t know either’. 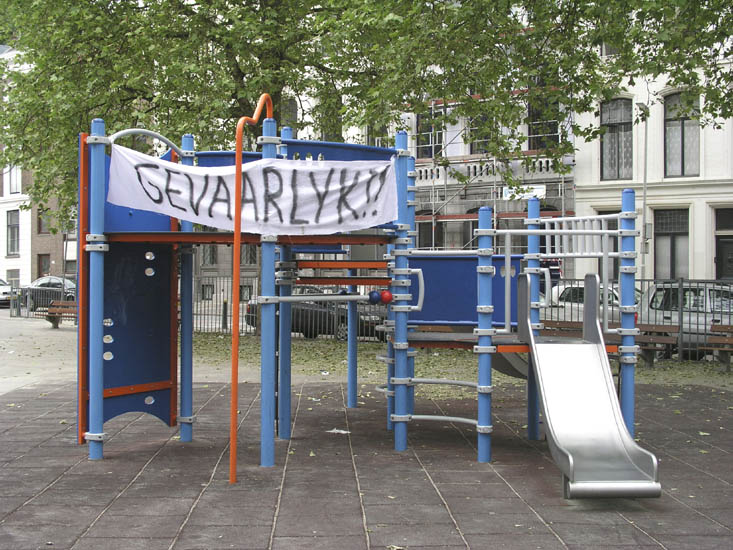 A banner added to a children’s playground.
The work suggests it has been put there by a concerned parent. A sign added to a pile of paving stones.
Commenting on the notion of ownership of building materials in public space. 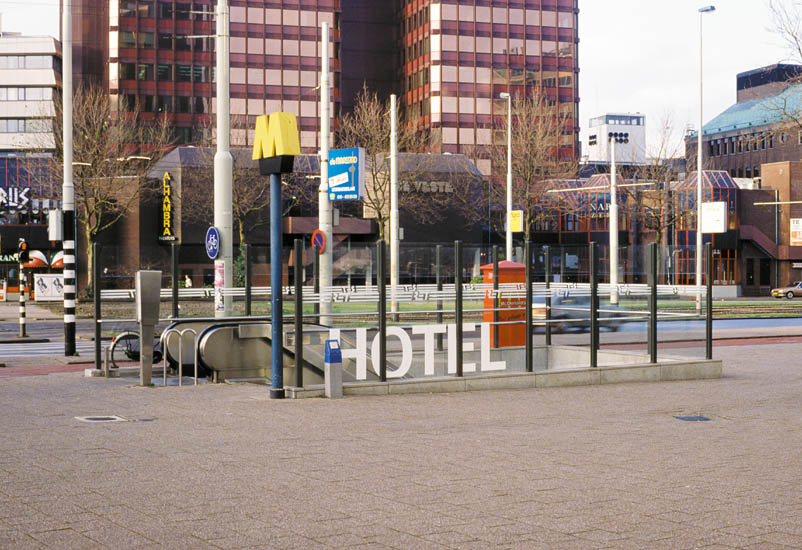 Self adhesive lettering added to a subway entrance. Inviting all vagrants and junkies to spend the night there. 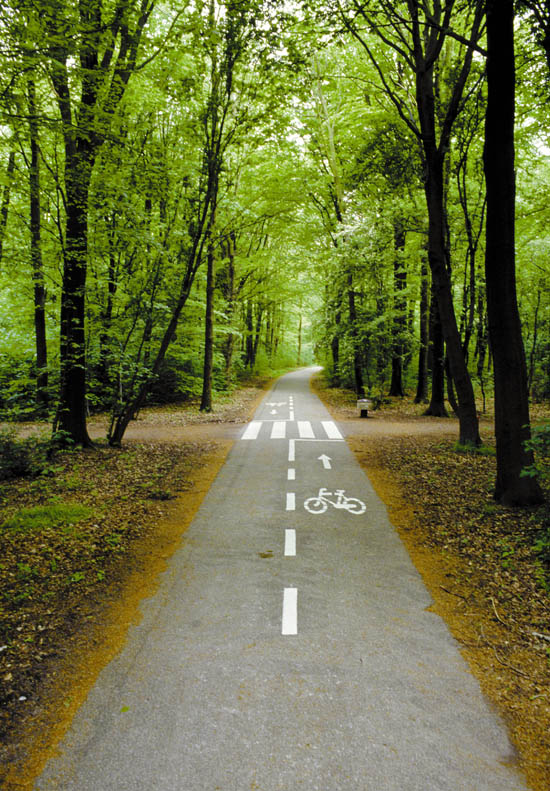 Road marks for pedestrians and cyclists painted onto
an asphalted path through a man made forest. 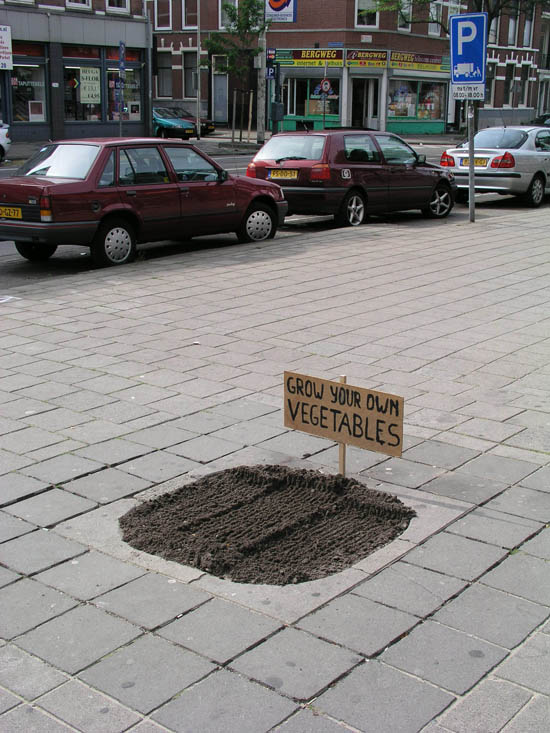 A hand-painted sign placed in an open, sandy section
of a larger stone tile plaza in Rotterdam. Two bench vices bolted to a picnic bench on a highway parking lot. For practical / recreational use. On a highway parking lot holes were drilled through a phone booth shelf to make a place for a set of screwdrivers. attached to a roadside welcome sign in the French Alps. Crates of beer placed at the back entrances of a four storey apartment block. A rack with mineral water bottles added to an information sign

in a recreational area. 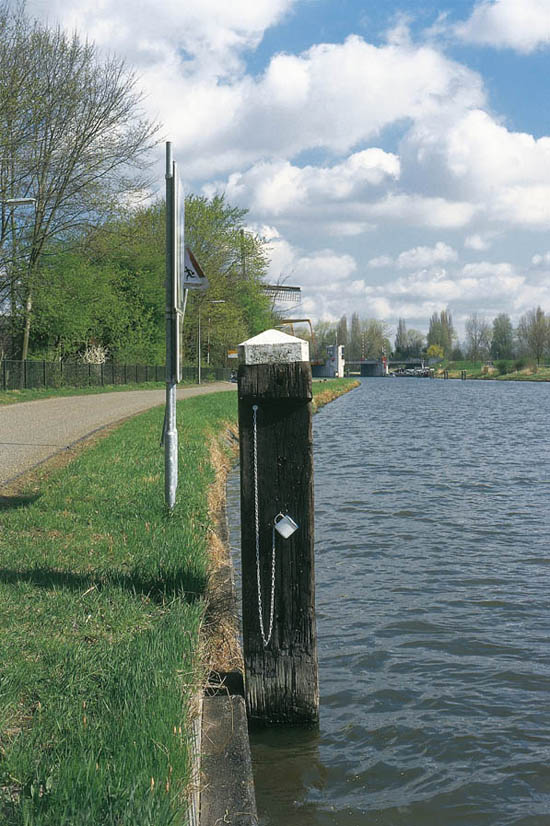 A drinking cup placed by a canal side. A public service. 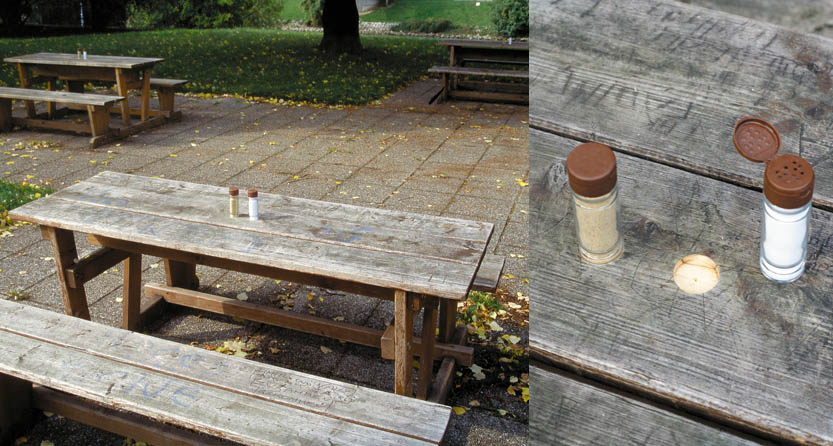 Holes drilled and salt & pepper sets added to picnic tables in a park in Vienna. Four bowls of dog food placed in a subway entrance. A public service. A feeding place for horses created in a 19th century neighbourhood. The top of a tree removed to make place for a birdhouse. A public service for birds. 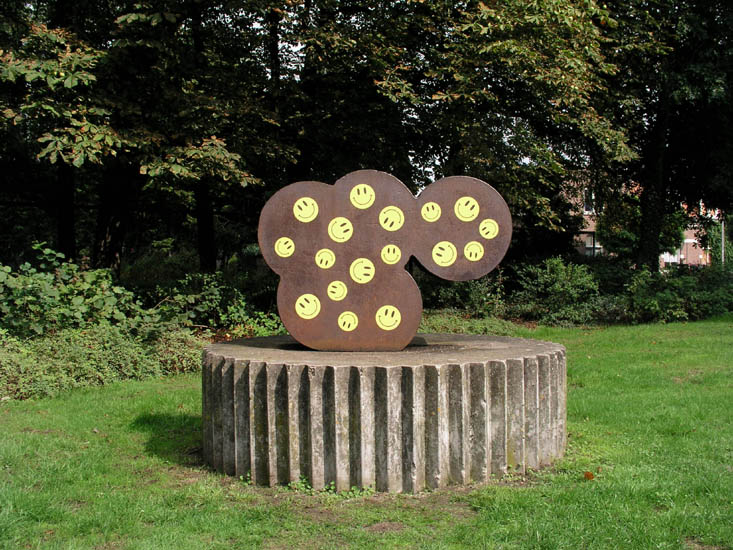 Smiley stickers added to an abstract sculpture from 1991 by Carel Visser. 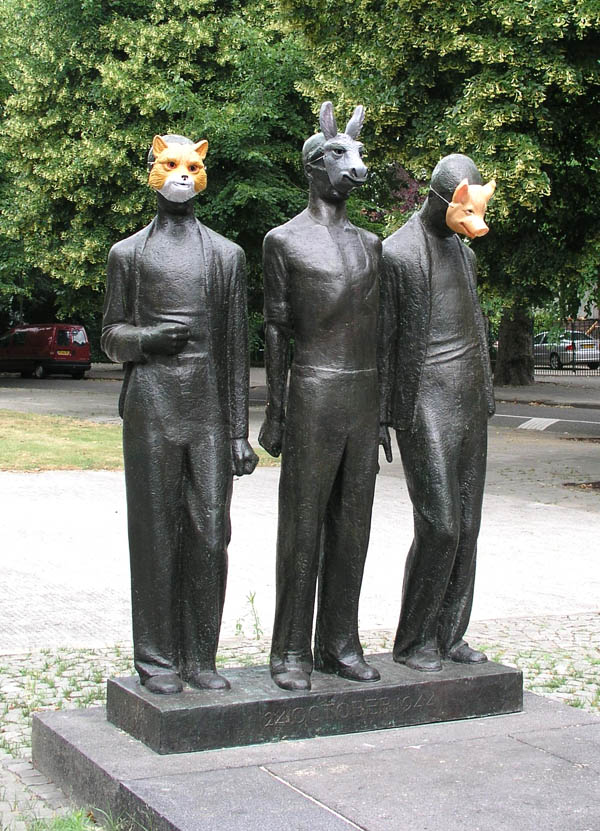 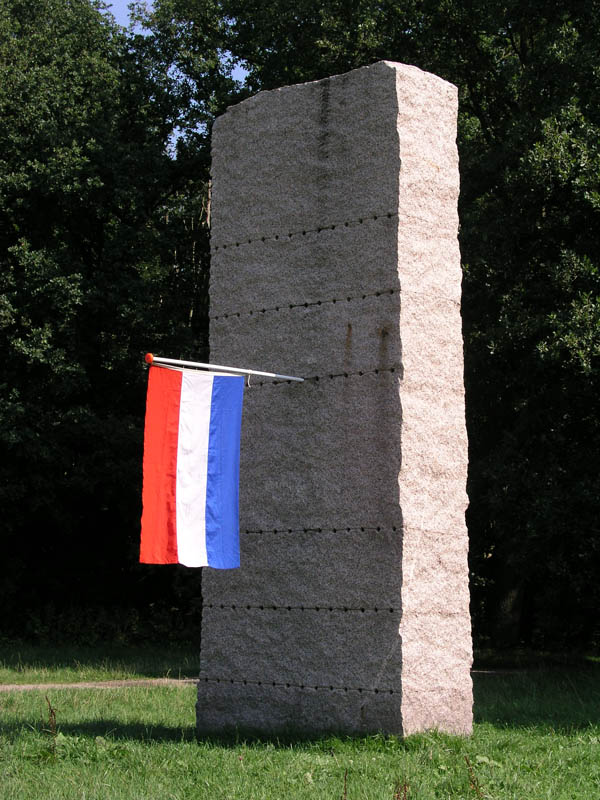 Dutch flag added to the sculpture ‘Scheibe’ (1996) by the German artist Ulrich Rückriem. 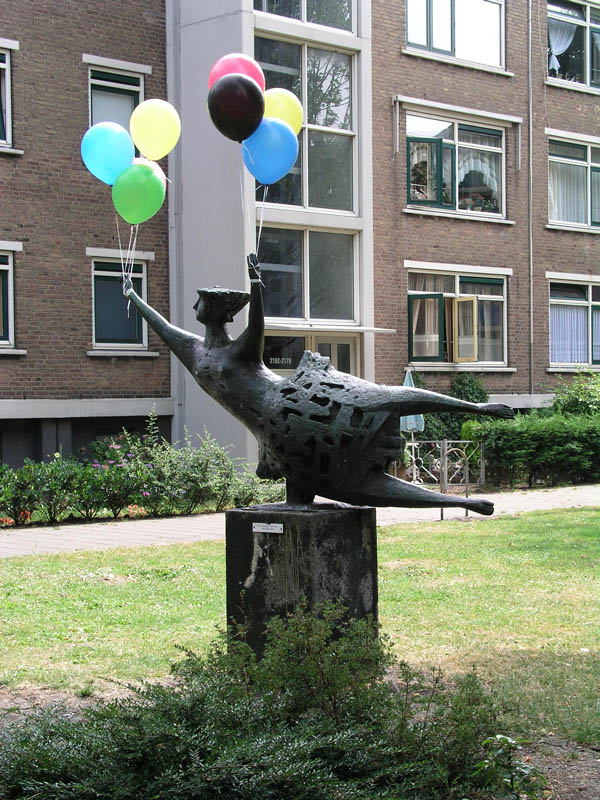 Balloons added to the sculpture ‘Vreugde’ (1962) by Rob Pleysier.